Tour for a week the different scenarios of the 1982 conflict. 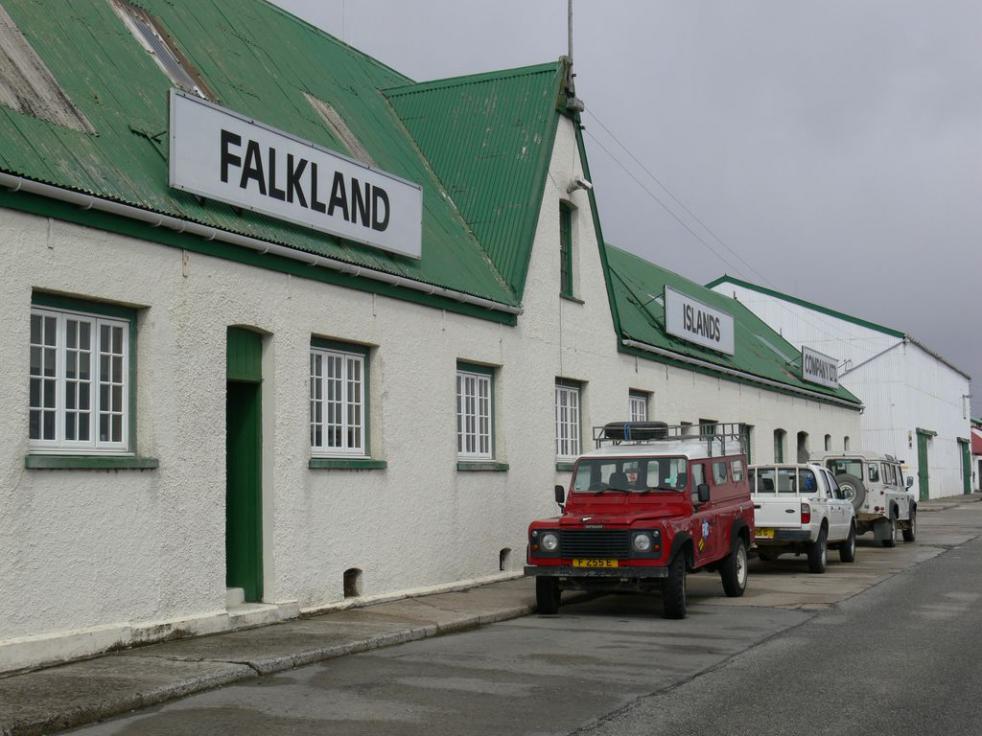 Start your visit in Darwin enjoying the incredible nature together with the history of the islands.
The Tour uses the historical centers of the local inhabitants to host and the Taxi Aereo service of FIGAS, flying between the islands.

Arriving at Mount Pleasant Airport you will be met and assisted by your International Tours & Travel advisor and shown to your onwards overland transfer to Darwin, a drive of about 45 minutes.

Darwin, named after the famous naturalist Charles Darwin who visited the Islands in the 1830s, provides its visitors with a selection of Falklands history. There is plenty to see from the 1982 conflict, and going back some 200 years remnants of the gauchos occupation in the 1800s. Darwin House is a beautifully renovated farmhouse with views over Choiseul Sound and the picturesque settlement. Its waterfront setting makes it a great place to start your wildlife watching  Night herons, Ruddy-headed Geese and Blackish Oystercatchers are almost certainties.

On Day 2 a guided tour of the San Carlos, Goose Green and Darwin area to see some of the places that became household names during the 74-day conflict in 1982 between Argentina and England over the sovereignty of the Falklands. Experienced guides will bring these events to life as you take in both the British and Argentine war cemeteries as well as across many of the 1982 battlefields with an insight into the fierce battle for the reinstatement of a British flag over Goose Green.

Transfer by Falkland Islands Government Air Service (FIGAS) 9-seater Britten Norman Islander aircraft to Pebble Island. The relatively low level flying provides exceptional views of the Falklands coastlines and inland scenery. Pebble Island is one of the larger outlying islands, with landscapes varying from large ponds to vast sandy beaches and rocky cliffs. The island was the site of one of the most dramatic events of the Falklands War when a group of British SAS raided the islands Argentine-occupied airstrip. Wreckage of the destroyed aircraft can still be seen, and visitors to Pebble Island today land on the same airstrip. Further afield memorials and crashed Argentine Learjet can also be seen.

The diverse countryside offers shelter to a wide-ranging population of birds and mammals. Thousands of Gentoo, Rockhopper and Magellanic Penguins breed each summer along with Southern Sea Lions. The ponds on the east of the island, many within walking distance of the lodge, are home to Chiloe Wigeon, Grebes, Black-necked Swans and a multitude of other waterfowl.

You will be met by the manager of the lodge, Riki, and taken for refreshments before beginning a half day tour. The following day you will get a chance to experience further military history such as the memorial to the HMS Coventry and further plane wreckage. Your tours will be tailored to your interests and offer ample opportunity to see both the military history of the island as well as the abundant wildlife and spectacular scenery if you should so wish.

Your accommodation on Pebble Island will be at Pebble Lodge, previously the farm managers house and situated in the centre of the farm settlement. The islands 25 residents were locked up in this house during the 82 Conflict. Now, although ideally adapted to the needs of the visitor, it retains the warm and friendly atmosphere of a large farmhouse.

Todays FIGAS flight will take you to Port Howard. Port Howard Lodge with its well- manicured lawns, including a putting green, will be the ideal location from which to explore farming life Falklands style and the considerable amount of aircraft wreckage that remains - 10 or 11 planes, Mirages, Skyhawks, Dagger and a few helicopters, which were destroyed on West Falkland during the war.

You will also have the opportunity to see one of the Falklands few remaining large farms (and one of the most picturesque) in action, with a guided walking tour of the settlement taking in a visit to the shearing shed where the farms 47,000 sheep are shorn, the 1982 war museum, and dolphin spotting in the harbour.

Transfer by FIGAS to Stanley. On arrival at Stanley Airport your guide will meet you for your city tour which will take in both the historic and most modern parts of this small and remote capital city, as well as a visit to the beautiful new museum facilities. First and Second World War and 1982 history abounds around Stanley.

Day 7 your full-day guided excursion in 4x4 vehicle will take in the mountain areas, Tumbledown, William, Harriet and Two Sisters, where some of the fiercest conflict took place during the 1982 conflict. You will then travel onto Fitzroy area to see memorials to the troops lost when the logistic ships Sir Galahad and Sir Tristram were bombed.

Transfer to Mount Pleasant Airport by private vehicle. Your route will take you past many of the 1982 battlefields and, more historically, relics from the gaucho era of the 1800s.

THE PROGRAM DOES NOT INCLUDE:
- Air flights to the Falkland Islands
-Meals, optional excursions and extras not included in the itinerary described
- Departure fee Mount Pleasant Airport (£ 25 pounds) + 1.2% of bank charges. 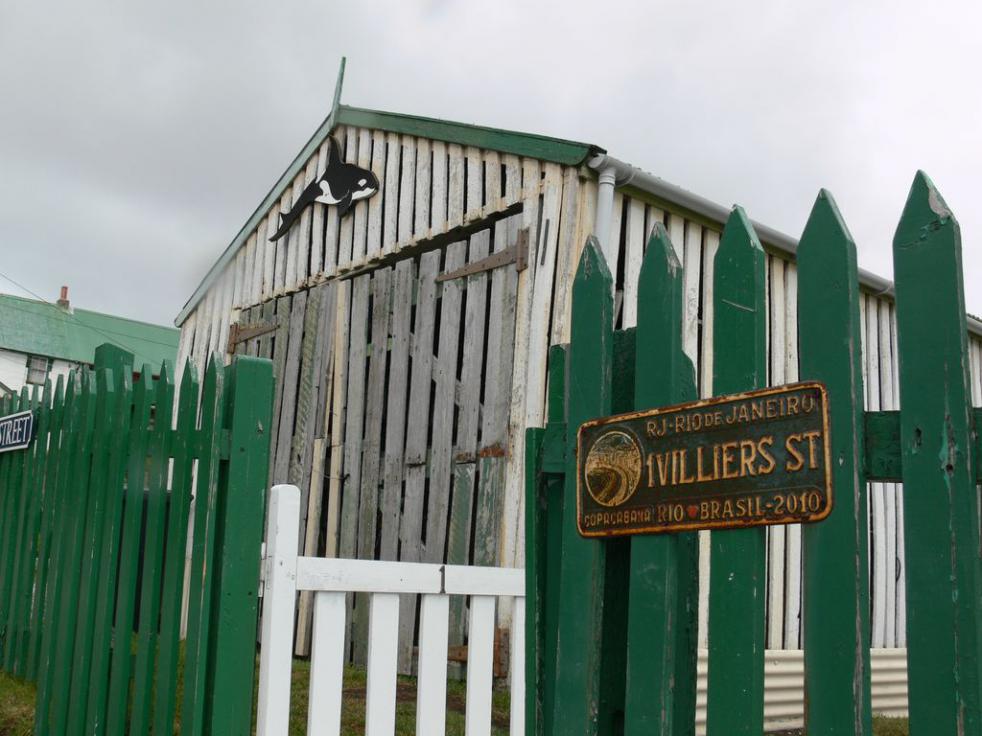 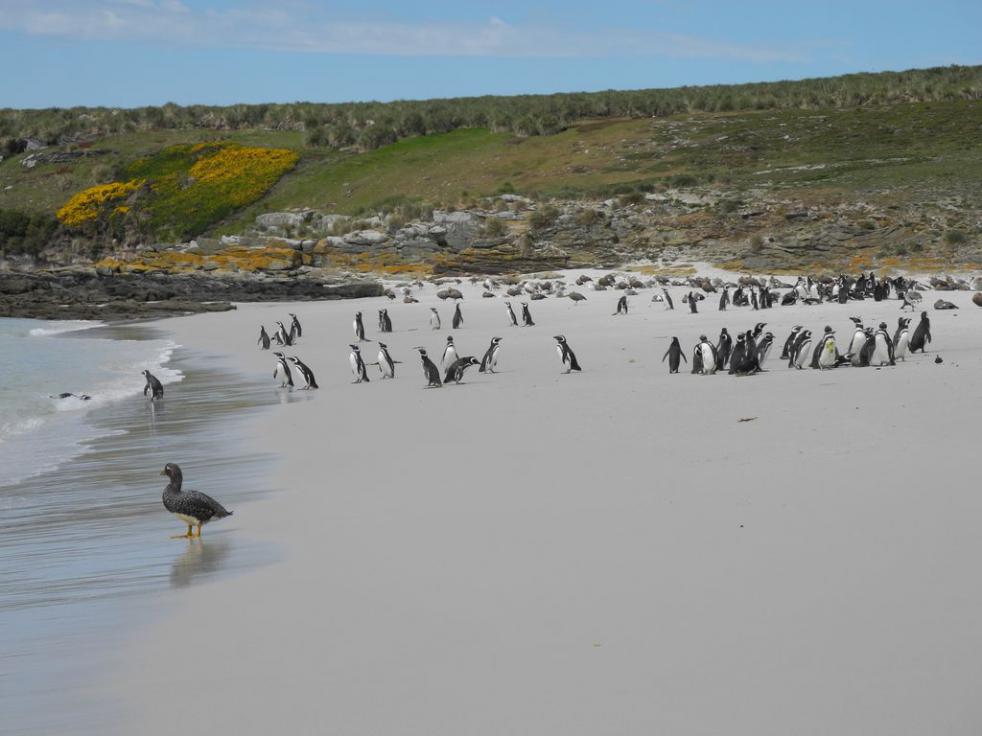 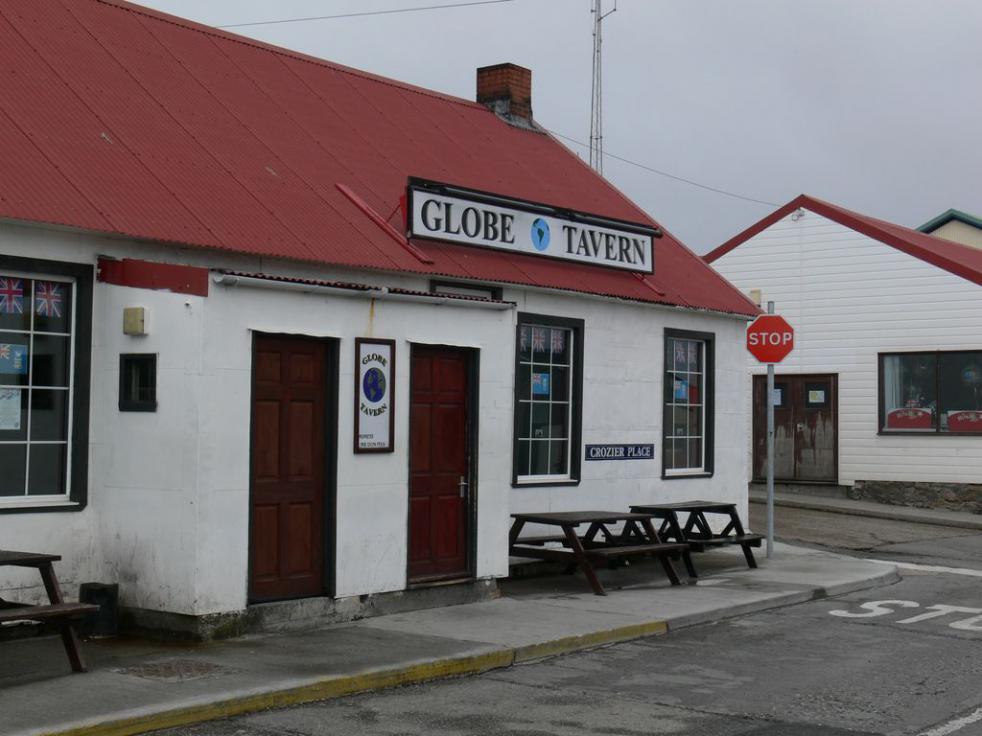