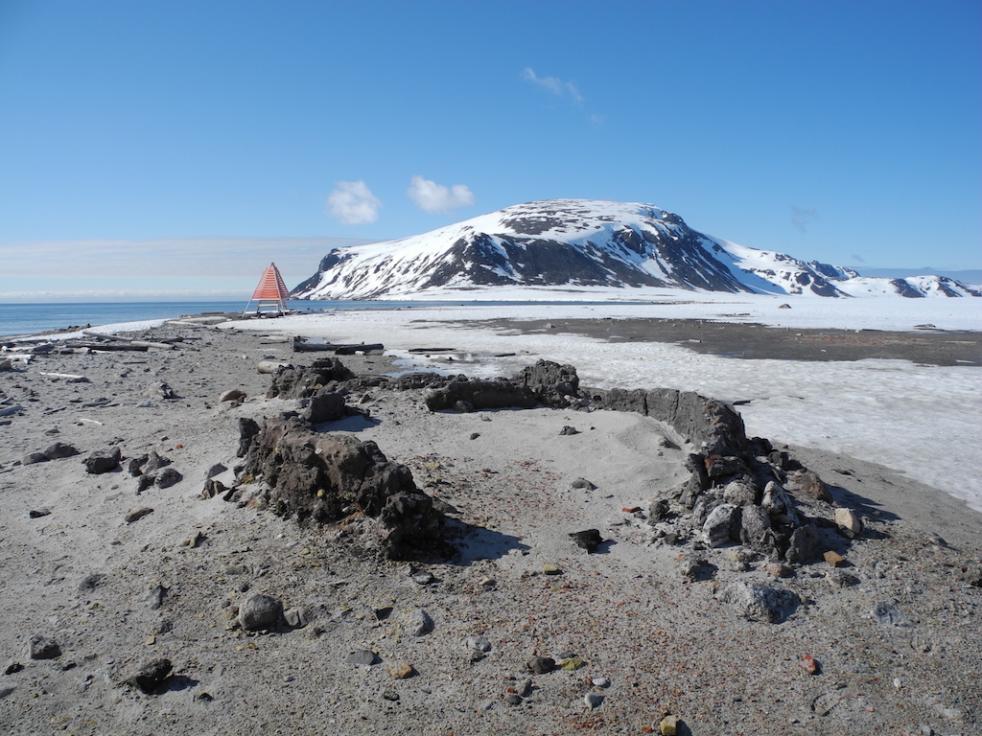 Cruise to a beautifully stark landscape of glaciers, rugged snow-capped mountains, and the land of the Kings and Queens of the North, the Polar Bear.

PLEASE NOTE: All itineraries are for guidance only. Programs may vary depending on local ice, weather, and wildlife conditions. Flexibility is paramount for expedition cruises. Willingness to compromise on comfort is a basic requirement on board a historic sailing vessel. Important information about the sailing program: The boat is equipped with sails to be used in good conditions (based on open sea, water depth, wind, and time). This is not guaranteed. The captain decides whether to use the sails or the engine. There is no claim to one or the other propulsion method. If sails are used, the crew operates them. Guests follow the safety instructions of the team. Average cruising speed for s/v Noorderlicht is 6 knots.

Day 1: Largest Town on the Largest Island
You touch down in Longyearbyen, the administrative center of Spitsbergen, the largest island of the Svalbard archipelago. Enjoy strolling around this former mining town, whose parish church and Svalbard Museum make for fascinating attractions. Though the countryside appears stark, more than a hundred species of plant have been recorded in it. In the evening you sail for Trygghamna, where you see the remains of a 17th century English whaling station and 18th century Pomor hunting station, both of which you can visit the next morning.

Day 2: Foxes, Seabirds, and Reindeer
From Trygghamna you walk to Alkhornet, a large seabird cliff where the birds are scouting out breeding locations. Below the cliffs is a common place to spot Arctic foxes, and you may also see reindeer grazing on the lush vegetation. In Forlandsundet you visit a walrus haul-out location at Poolepynten, if sea conditions allow.

Day 3: Remains of the Whalers
You sail into Fuglefjorden amid views of Svitjodbreen and Birgerbukta, both breeding areas for great skuas as well as likely spots to see a polar bear. On Birgerbukta you can see 17th century Basque ovens once used for cooking whale blubber. The aim next is to visit Ytre Norskøya, a small island that served for many years as a Dutch whaling lookout. Here you can still follow the whalers tracks to the summit of the island, passing popular bird cliffs on the way. On shore are the remains of more 17th century blubber ovens, while Arctic skuas and common eiders breed among the graves of some two hundred Dutch whalers.

Day 4: Jermaktangen Geology
Raudfjorden, on the north coast of Spitsbergen, is a fine place for gazing over the glaciers. Its also a favorite hangout for ringed and bearded seals, colonies of seabird, and the occasional polar bear and beluga whale. Jermaktangen, at the fjords eastern entrance, is a geology lesson in the seas erosion of the land.

Day 5: Wide Open Tundra
If ice conditions permit, you may land on the northern side of Reindyrsflya, the largest tundra area of Spitsbergen. The vast and rolling plain is a popular grazing area for reindeer, and several species of waders also breed here. Similarly the lakes afford you a good chance of spotting red-throated divers and king eiders.

Day 6: The Massive Monaco Glacier
You sail into Liefdefjorden, where king eiders and grey phalaropes nest. Fjord ice might block the way to the gargantuan front of Monaco Glacier and the warm springs in Bockfjord, but the wildlife along the edge of the ice can include foraging seabirds, bearded seals, even polar bears. If ice conditions prevent sailing here early in the season, an alternate route along the west coast of Spitsbergen can be implemented.

Day 7: On to the Little Auks
In the morning you land at Fuglesangen, where you can observe the spirited communities of little auks. You then sail south to Magdalenafjorden, one of the glacier-filled highlights of Spitsbergen. A shore visit shows you the remains of 17th century English whaling, and you can also see more large colonies of little auks.

Day 8: Earths Northernmost Community
Today you reach Ny Ålesund, the northernmost community in the world and a center for polar research. This was a former starting point for many North Pole expeditions, such as those of Roald Amundsen and Umberto Nobile. You can see barnacle and pink-footed geese, common eiders, Arctic terns, and several species of wader at close quarters here. The reindeer are smaller in this area than their mainland relatives, and do not form large herds.

Day 9: Life Near the Glaciers
After sailing from Ny Ålesund to the Fourteenth of July Glacier, you embark on a Zodiac cruise. Not far from the glacier is a breeding site for Brünnichs guillemots, auks, and puffins. The guano, shelter, and southward location of these colonies lead to relatively rich vegetation that includes many species of flowering plant.

Day 10: Past Days of Polar Bear Hunting
On your journey south, the goal is a landing at Fuglehuken. Here you see remains from the great era of polar bear hunting. There are also large seabird colonies and a haul-out spot for harbour seals. Alternatively you could land on the coast of Forlandsundet, at Engelskbukta or Sarstangen. Walruses are occasionally seen here, and the tundra is a fine place for a walk.

Day 11: Stretching Tundra, Towering Mountains
The next stop is Bohemanflya, an expansive tundra with its own avifauna (depending on when spring arrives) as well as spectacular geological formations along the coast. In Gipsvika you can go on shore near the cliff of Templet, a mountainous area of eroded sedimentary rock from the Upper Carboniferous period  around 290 million years ago.

Day 12: There and Back Again
Every adventure, no matter how grand, must eventually come to an end. You disembark in Longyearbyen for your flight home, but with memories that will accompany you wherever your next adventure lies. 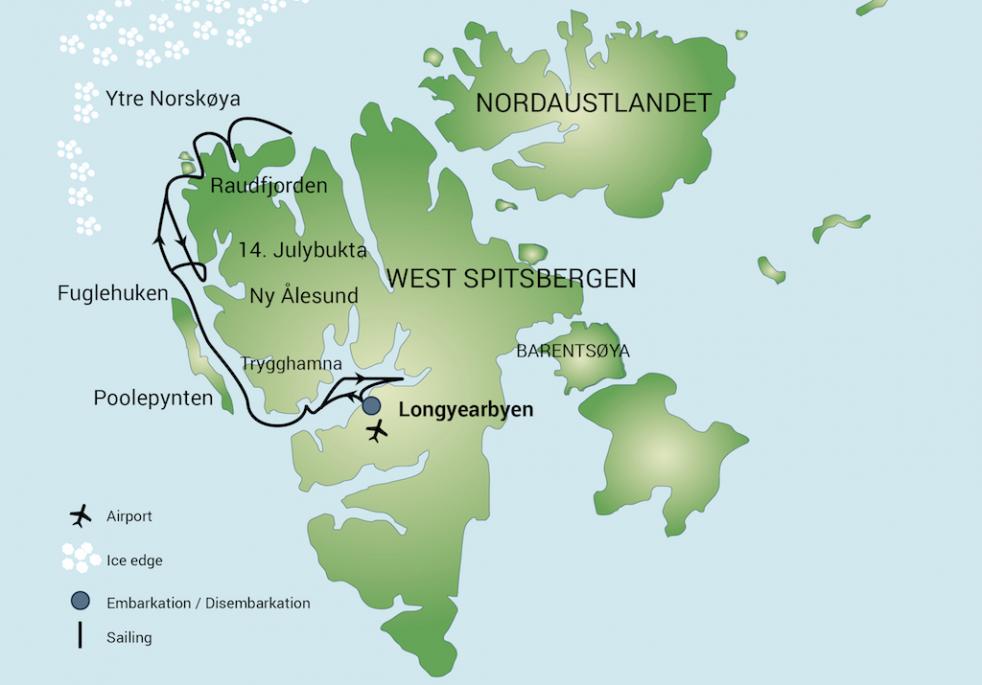 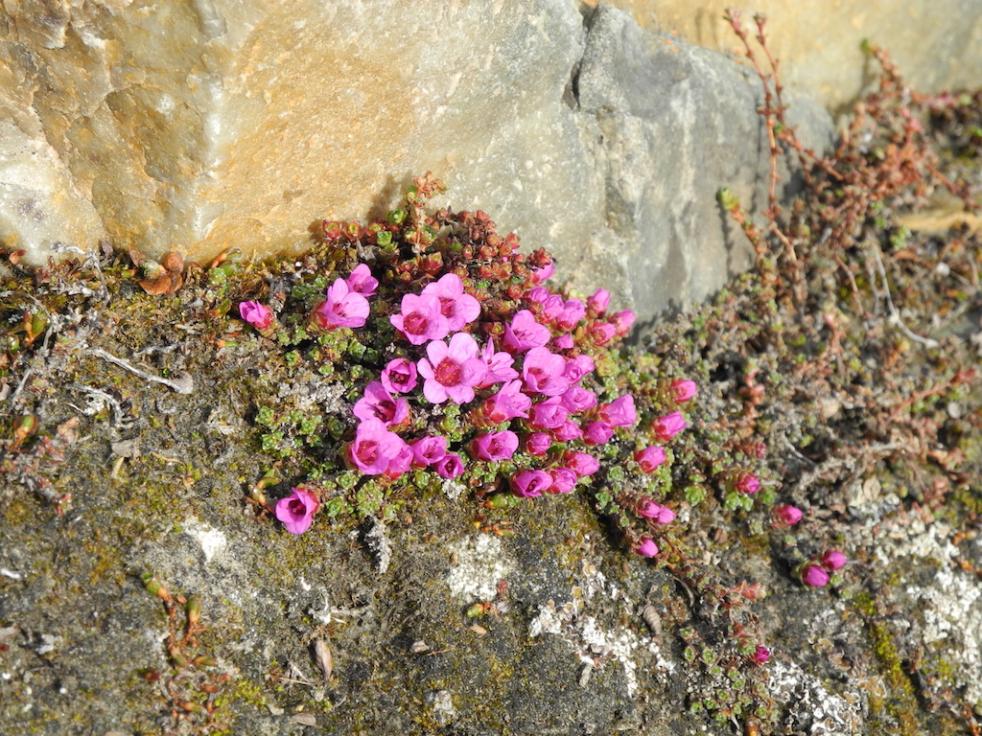 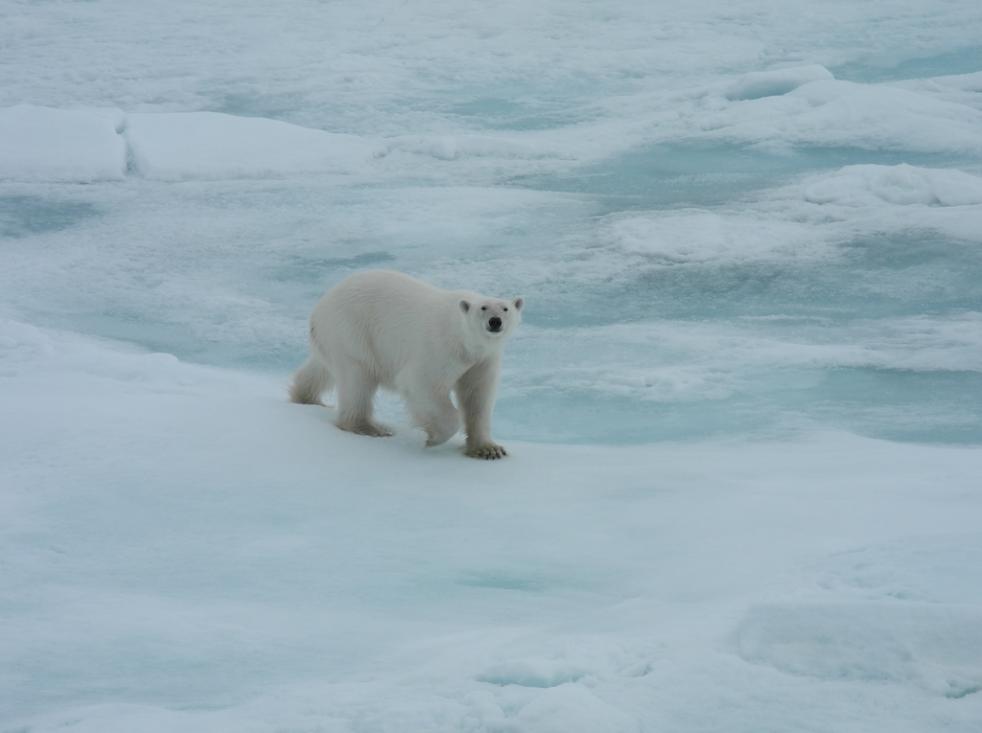 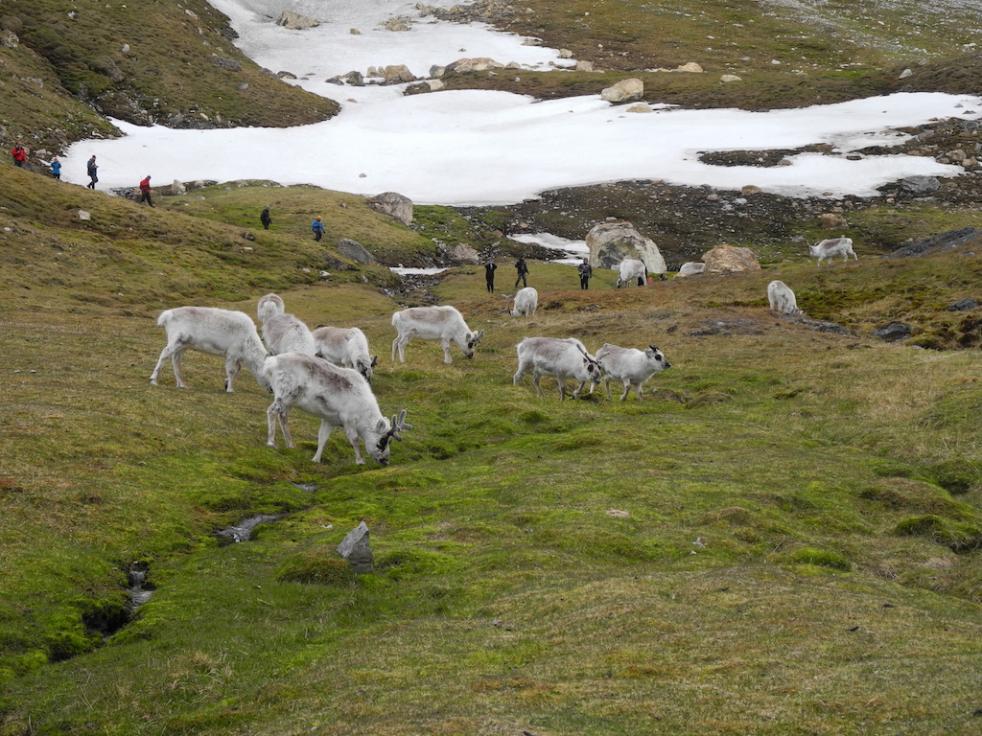