Arctic TRIPS | From Svalbard to Greenland View all programs

From Svalbard to Northeast Greenland on Rembrandt van Rijn 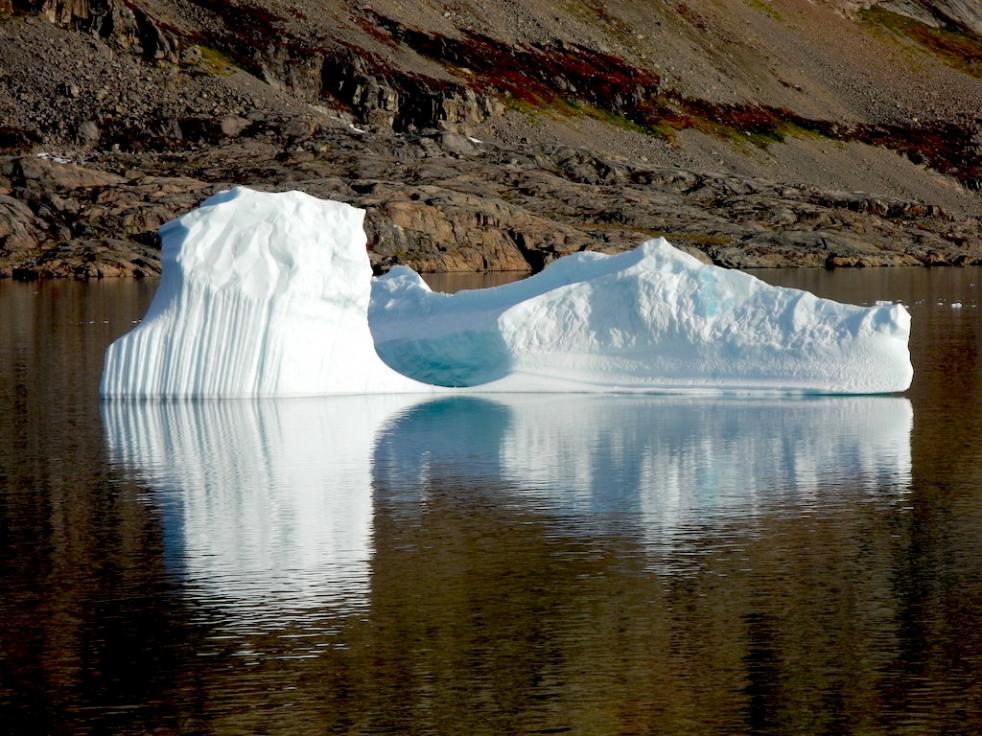 The voyage starts in Longyearbyen, Svalbard, and it sails to the scenic East Greenland, visiting Kejser Franz Joseph Fjord and Scoresby Sund.
The trip finishes in Akureyri, Island.

POR FAVOR TENGA EN CUENTA: All itineraries are for guidance only. Programs may vary depending on local ice, weather, and wildlife conditions. Flexibility is paramount for expedition cruises. Willingness to compromise on comfort is a basic requirement on board a historic sailing vessel. Important information about the sailing program: The boat is equipped with sails to be used in good conditions (based on open sea, water depth, wind, and time). This is not guaranteed. The captain decides whether to use the sails or the engine. There is no claim to one or the other propulsion method. If sails are used, the crew operates them. Guests must follow the safety instructions of the team. The average cruising speed for s/v Rembrandt van Rijn is 6.5 knots.

Day 1: Largest Town on the Largest Island
You touch down in Longyearbyen, the administrative center of Spitsbergen, the largest island of the Svalbard archipelago. Enjoy strolling around this former mining town, whose parish church and Svalbard Museum make for fascinating attractions. Though the countryside appears stark, more than a hundred species of plant have been recorded in it. In the evening you sail for Trygghamna, where you see the remains of a 17th century English whaling station and 18th century Pomor hunting station.

Day 2: Foxes, Seabirds, and Reindeer
From Trygghamna you walk to Alkhornet, a large seabird cliff where the birds are scouting out breeding locations. Below the cliffs is a common place to spot Arctic foxes, and you may also see reindeer grazing on the lush vegetation. In Forlandsundet you can visit a walrus haul-out location either at Poolepynten or Sarstangen.

Day 3 - 4: Fuglefjorden to Raudfjorden
You sail into Fuglefjorden amid views of Svitjodbreen and Birgerbukta, both breeding places for great skuas as well as likely spots to spy a polar bear. Raudfjorden, on the north coast of Spitsbergen, is a fine area for gazing over the glaciers. Its also a favorite hangout for ringed and bearded seals, colonies of seabird, and the occasional polar bear and beluga whale.

Day 5 - 7: On to East Greenland
Sailing across the open sea to your ultimate destination, you eventually see the edge of the east Greenland sea ice flashing into sight ahead. Keep watch for whales and migrating seabirds here.

Day 8: Remains of the Trappers
The goal is to sail into Foster Bay, making your first landing at Myggebugten in the late afternoon or evening. Beyond the old hunters hut  in the first half of the 20th century, Norwegian trappers hunted here for polar bear and Arctic fox  there is a sprawling tundra populated by musk oxen, with geese floating the small lakes.

Day 9: Bright Bergs, Big Mountains
You sail through Kaiser Franz Josef Fjord, enjoying its lofty mountains and bright interior icebergs. In the evening you reach Teufelschloss, a prominent mountain that comprises part of the Eleonora Bay Supergroup: sedimentary rock created between 950 - 610 million years ago to a depth of 16 kilometers (10 miles). This rust-red multi-layered unique geology defines the scenery over the coming days.

Day 10: The Essential Arctic
Landing at Blomsterbugt, you have a good chance of spotting Arctic hare and musk oxen. Noah Lake is home to great northern divers as well as their young, and the hiking opportunities here are numerous. In the afternoon you venture deeper into Kaiser Franz Joseph Fjord, finding shelter in Renbugten. Colossal icebergs and quintessential Arctic scenery accompany you while passing through this narrow fjord system.

Day 11: Into the Antarctic Sound
Today the aim is to land in Renbugten in search of musk oxen and Arctic hares. Around lunch you head east into the inversely named Antarctic Sound, enjoying views of the ancient sedimentary rock. You should arrive at Maria Island before nightfall.

Day 12: Meeting Menander
You cut into Kong Oscars Fjord for an attempted landing near Menander Øer, a location with lively walking opportunities.

Day 13: Colors of Arctic Autumn
Continuing east, you land in Antarcticahavn. You spend the afternoon in this expansive valley, where you can see groups of musk oxen. At this time of year the sparse vegetation is colored with golden fire. Your guide may be able to tell you about the intriguing geopolitics that played out here in the early 1930s between Norway and Denmark.

Day 14: Sailing to Scoresbysund
Spending the day at sea, you make for the largest fjord system in the world: Scoresbysund.

Day 15: Inuit Neighborhood of Yesteryear
Today you reach Scoresbysund, sailing along the glaciated Volquart Boons Kyst. You may also enjoy a Zodiac cruise along one of the glacier fronts, along with a visit to the basalt columns and ice formations of Vikingebugt. At Danmark Island you find the remains of an Inuit settlement abandoned around 200 years ago. The circular stone tent rings indicate the summer houses, while the winter houses can be seen closer to a small cape. The sites are well preserved, with easy identifiable entrances, bear-proof meat caches, and grave sites. During the afternoon you sail along the east side of Milne Land amid a number of scattered icebergs.

Day 16: Nordvestfjords Enormous Icebergs
You land near Sydkap, where Arctic hares are often seen. During lunch you get a glimpse of the entrance to Nordvestfjord in Scoresby Land. Here you encounter colossal icebergs, some over 100 meters high (328 feet) and more than a kilometer in length (.6 mile). Most of these bergs are grounded, as the fjord is only about 400 meters deep (1,312 feet).

Day 17: Scoresbysund Settlement
Today you make a tundra landing on Liverpool Land, in Hurry Inlet. The afternoon stop is Ittoqqortoormiit, the largest settlement in Scoresbysund  about five hundred inhabitants. At the post office you can buy stamps for your postcards, or just stroll around to see the sled dogs and drying skins of seals and musk oxen. In the afternoon you sail south, passing the picturesque landscapes of the Blosseville Coast.

Day 18: Hurry Inlet Hikes
In the morning you stop on the south coast of Jameson Land, at a lagoon near Kap Stewart. Here the waders and geese are collecting for their autumn migration, and musk oxen and collared lemmings survive on the meager vegetation. Further inside Hurry Inlet, you may take a walk near the head of the fjord as well as one of the rivers that terminate here. Theres also the chance of a climb up the mountain of J.P. Koch Fjeld, near Hareelv. In this remarkable area, scientists found fossils that linked fish and amphibians in the lower Cretaceous period. You spend the night at anchor off Constable Pynt.

Day 19: Final Call at Constable Pynt
Every adventure, no matter how grand, must eventually come to an end. You make your final landing at the airfield on Constable Pynt, flying by chartered plane to Reykjavik and onward  but with memories that will accompany you wherever your next adventure lies.


Incluído en este viaje
-Voyage aboard the indicated vessel as indicated in the itinerary
-All meals throughout the voyage aboard the ship including snacks, coffee and tea.
-All shore excursions and activities throughout the voyage by Zodiac.
-Program of lectures by noted naturalists and leadership by experienced expedition staff.
-Free use of snowshoes.
-Transfers and baggage handling between the airport, hotels and ship only for those -passengers on the group flights to Longyearbyen.
-Transfer and baggage handling between ship and airport in Constable Pynt.
-All miscellaneous service taxes and port charges throughout the programme.
-AECO fees and governmental taxes.
-Comprehensive pre-departure material.


No incluido en este viaje
-Any airfare, whether on scheduled or charter flights
-Pre- and post- land arrangements.
-Passport and visa expenses.
-Government arrival and departure taxes.
-Meals ashore.
-Baggage, cancellation and personal insurance (which is mandatory).
-Excess baggage charges and all items of a personal nature such as laundry, bar, beverage charges and telecommunication charges.
-The customary gratuity at the end of the voyages for stewards and other service personnel aboard (guidelines will be provided). 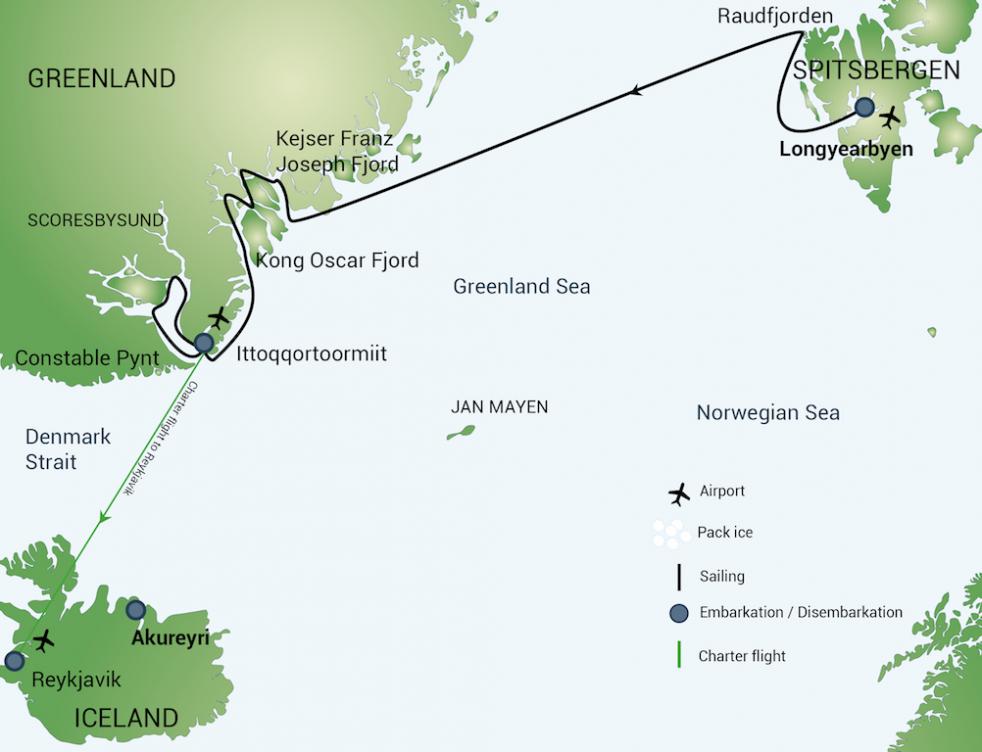 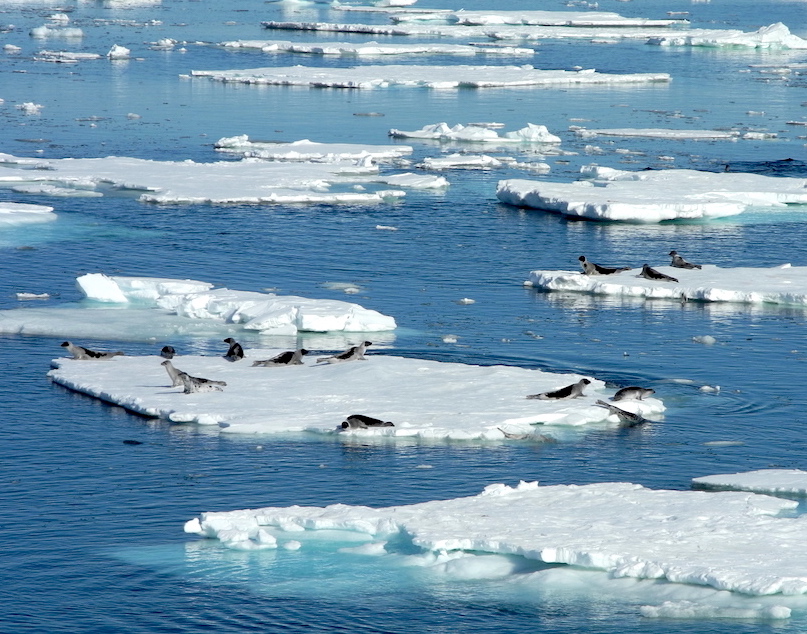 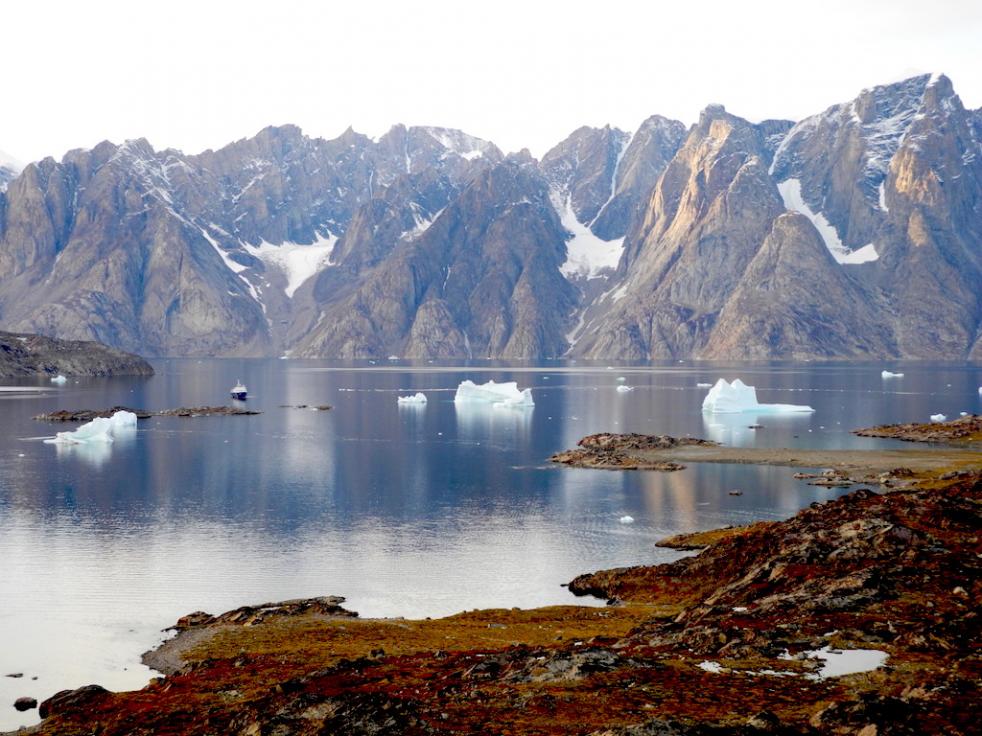 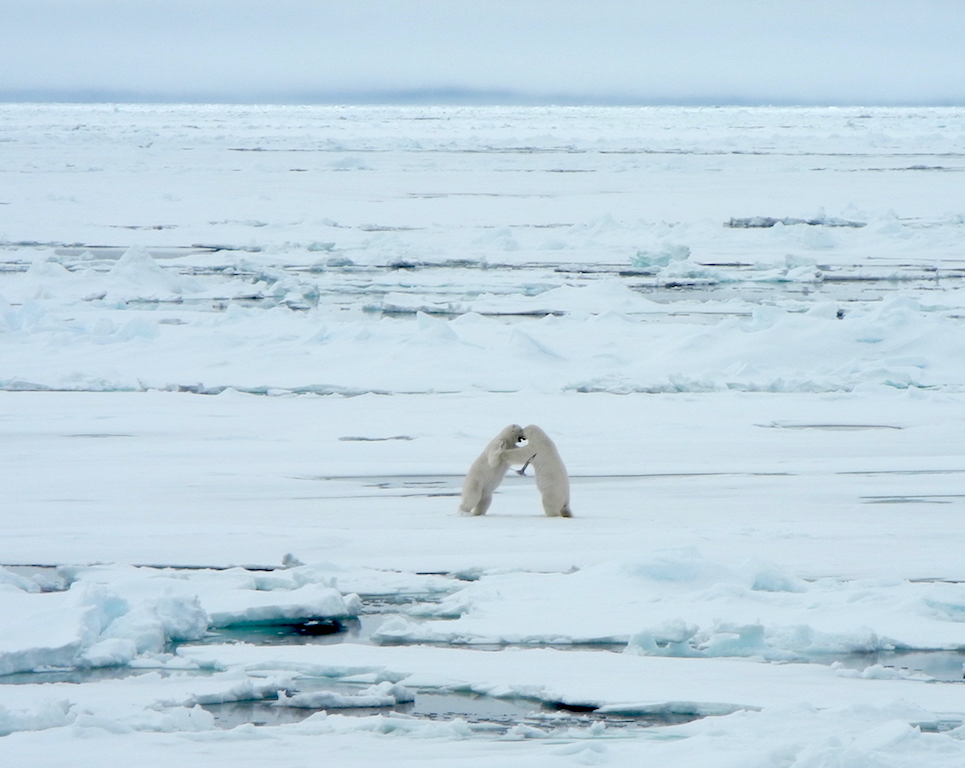