Full circumnavigation of Spitsbergen Island with a visit to Kvitøya Island, and a navigation along the pack-ice until 82º North. 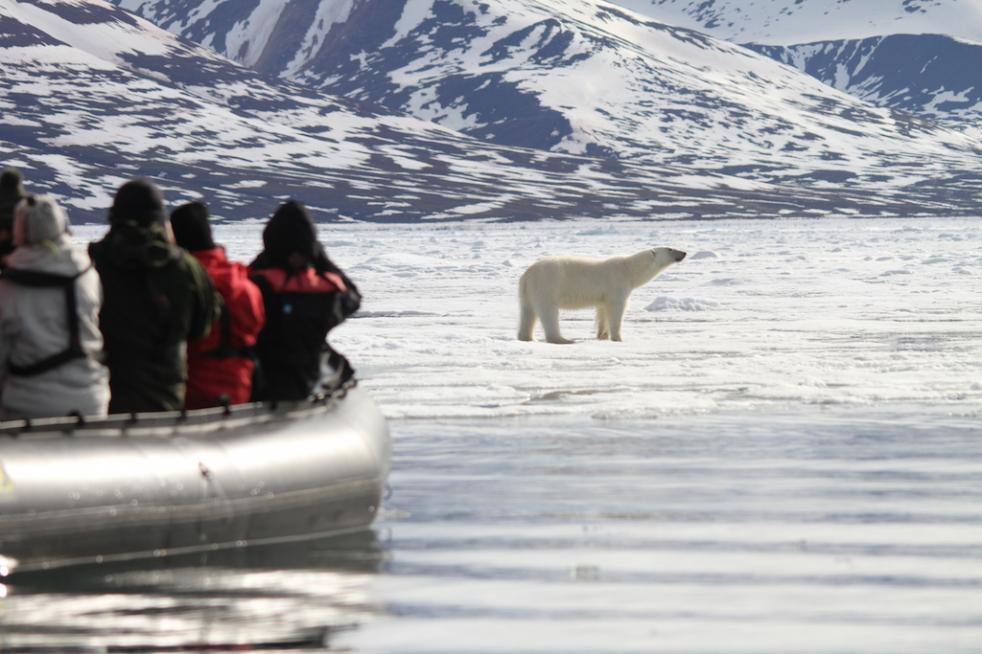 This trip is a full circumnavigation of Spitsbergen Island, the biggest island of the Svalbard Archipelago. This trip also includes a visit to Kvitøya Island, and a navigation along the pack-ice until 82º North.


Day 1: Largest town, biggest island
You touch down in Longyearbyen, the administrative center of Spitsbergen, the largest island of the Svalbard archipelago. Enjoy strolling around this former mining town, whose parish church and Svalbard Museum make for fascinating attractions. Though the countryside appears stark, more than a hundred species of plant have been recorded in it. In the early evening the ship sails out of Isfjorden, where you might spot the first minke whale of your voyage.

Day 2: Cruising Krossfjorden
Heading north along the west coast, you arrive by morning in Krossfjorden. Here you might board the Zodiacs for a cruise near the towering blue-white face of the Fourteenth of July Glacier. On the green slopes near the glacier, colorful flowers bloom while flocks of kittiwakes and Brünnichs guillemots nest on the cliffs. You have a good chance of spotting an Arctic fox scouting for fallen chicks, or a bearded seal paddling through the fjord.

In the afternoon you sail to Ny Ålesund, the northernmost settlement on Earth. Once a mining village served by the worlds most northerly railway  you can still see its tracks  Ny Ålesund is now a research center. Close to the community is a breeding ground for barnacle geese, pink-footed geese, and Arctic terns. And if youre interested in the history of Arctic exploration, visit the anchoring mast used by polar explorers Amundsen and Nobile in their airships, Norge (1926) and Italia (1928).

Day 3: Stop at the Seven Islands
The northernmost point of your voyage may be north of Nordaustlandet, in the Seven Islands. Here you reach 80° north, just 870 km (540 miles) from the geographic North Pole. Polar bears and walrus inhabit this stark desolate landscape. Later in the day the ship may roam for several hours among the pack ice in search of wildlife.

Day 4  5: Northward into the ice
This voyage will push farther north, aiming at approximately 82° latitude. Though the ice situation cannot be predicted and the expansion varies from year to year, it is the intention of this voyage to come as close to the ice edge as possible. These days will be spent navigating at sea, with no landings or Zodiac cruises planned.

Day 6: The great glacier front of Schweigaardbreen
Pushing east to Nordaustlandet, you reach the area where the Italian captain Sora tried to rescue the Nobile Expedition in 1928. The focus here is the great glacier front of Schweigaardbreen, though you may also land at Firkantbukta, getting the chance to gain some altitude and take a few higher-elevation photos. Alternately, you could make a Zodiac cruise near Storøya, where you might encounter walruses.

Day 7: Ice cap at Kvitøya
Today you try to reach the rarely visited Kvitøya, far to the east and close to Russian territory. The enormous ice cap covering this island leaves only a small area bare. You land at the western tip of Andréeneset, where the Swedish explorer S. A. Andrée and his companions perished in 1897. Another objective for the day is Kræmerpynten, where a sizable group of walruses reside.

Day 8: The longest glacier in Spitsbergen
South of Nordaustlandet you may land on Isisøya, formerly a Nunatak area surrounded by glaciers but now an island surrounded by the sea. You then may pass by Bråswellbreen, part of the largest ice cap in Europe and famed for its meltwater waterfalls.

Day 9: Barentsøyas many bounties
The plan is to make landings in Freemansundet, though polar bears sometimes make this impossible. Potential stops on Barentsøya include Sundneset (for an old trappers hut), Kapp Waldburg (for its kittiwake colony), and Rindedalen (for a walk across the tundra). You might also cruise south to Diskobukta, though Kapp Lee is more likely your destination. On Kapp Lee is a walrus haul-out, Pomor ruins, and the chance for hikes along Edgeøya.

Day 10: Land of the pointed mountains
You start the day by cruising the side fjords of the Hornsund area of southern Spitsbergen, taking in the spire-like peaks: Hornsundtind rises 1,431 meters (4,695 feet), and Bautaen is a perfect illustration of why early Dutch explorers named this island Spitsbergen, meaning pointed mountains. There are 14 sizable glaciers in this area as well as opportunities for spotting seals, beluga whales, and polar bears.

Day 11: Bell Sunds flora, fauna, and haunting history
Today you find yourself in Bell Sund, one of the largest fjord systems in Svalbard. The ocean currents make this area slightly warmer than other areas in the archipelago, which shows in the relatively lush vegetation. Here there are excellent opportunities to enjoy both history and wildlife. A possibility is Ahlstrandhalvøya, at the mouth of Van Keulenfjorden, where piles of beluga skeletons can be found. These remains of 19th-century whale slaughter are a haunting reminder of the consequences of rampant exploitation. Fortunately, belugas were not hunted into extinction, and you have a good chance of coming across a pod. Alternately, while cruising the side fjords of Bellsund, you can explore tundra where reindeer like to feed as well as rock slopes where little auks are breeding.

Day 12: There and back again
Every adventure, no matter how grand, must eventually come to an end. You disembark in Longyearbyen, taking home memories that will accompany you wherever your next adventure lies.


Included in this voyage
-Voyage aboard the indicated vessel as indicated in the itinerary
-All meals throughout the voyage aboard the ship including snacks, coffee and tea.
-All shore excursions and activities throughout the voyage by Zodiac.
-Program of lectures by noted naturalists and leadership by experienced expedition staff.
-Free use of rubber boots and snowshoes.
-Transfers and baggage handling between the airport, hotels and ship only for those passengers on the group flights to and from Longyearbyen.
-All miscellaneous service taxes and port charges throughout the programme.
-AECO fees and governmental taxes.
-Comprehensive pre-departure material.

Excluded from this voyage
-Any airfare, whether on scheduled or charter flights
-Pre- and post- land arrangements.
-Transfers to / from the vessel outside Spitsbergen.
-Passport and visa expenses.
-Government arrival and departure taxes.
-Meals ashore.
-Baggage, cancellation and personal insurance (which is mandatory).
-Excess baggage charges and all items of a personal nature such as laundry, bar, beverage charges and telecommunication charges.
-The customary gratuity at the end of the voyages for stewards and other service personnel aboard (guidelines will be provided). 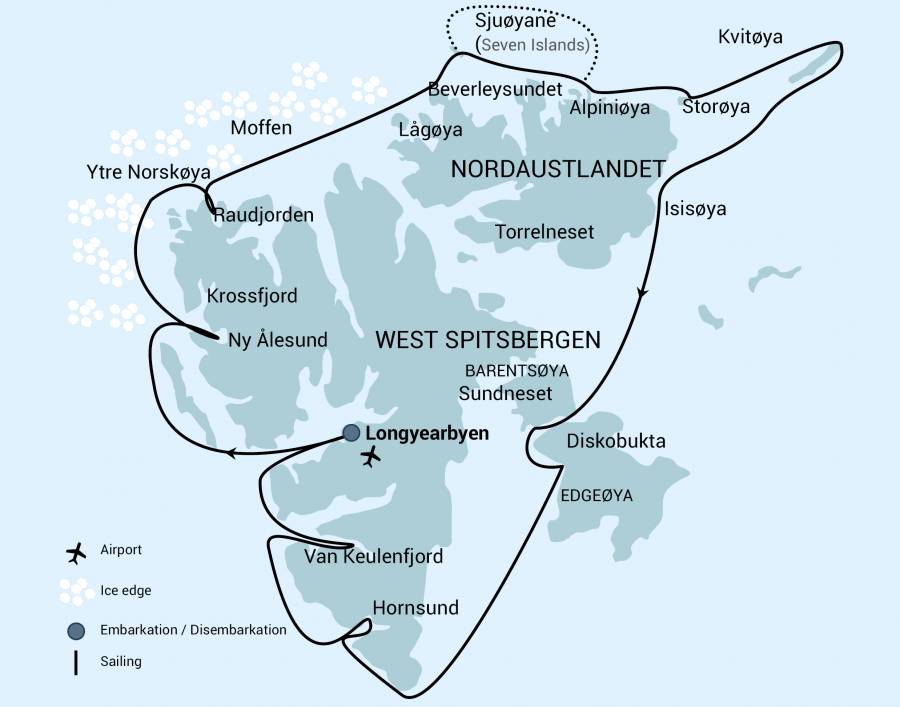 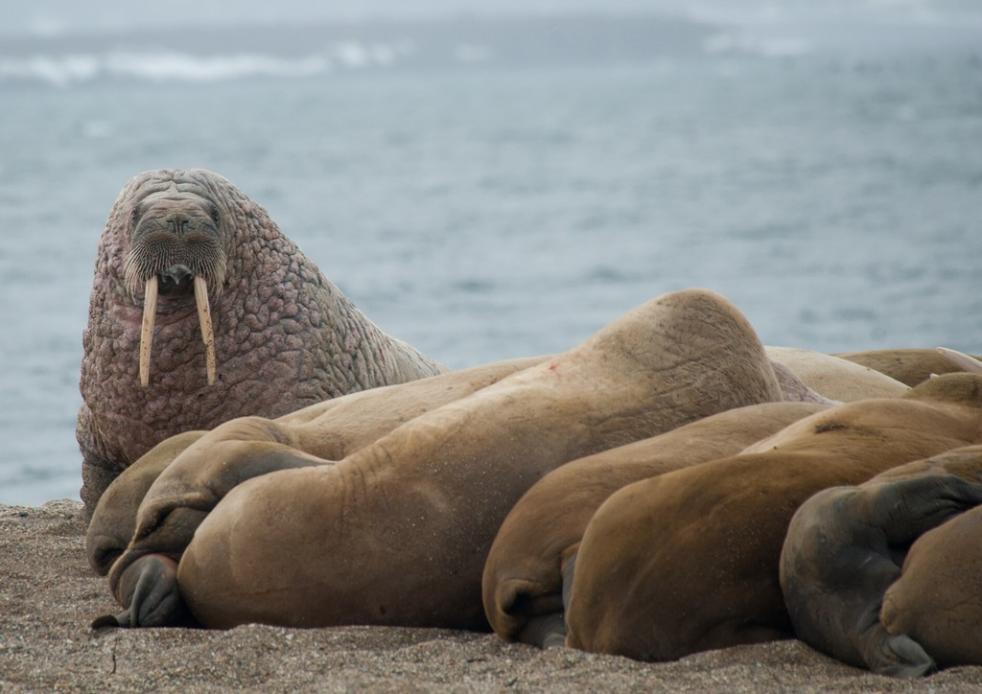 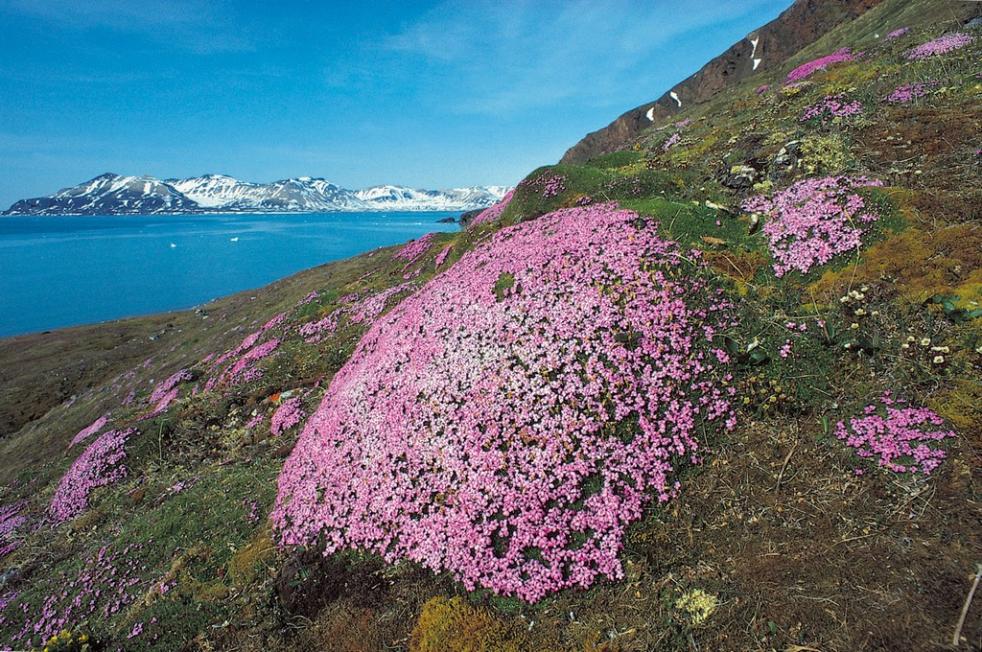 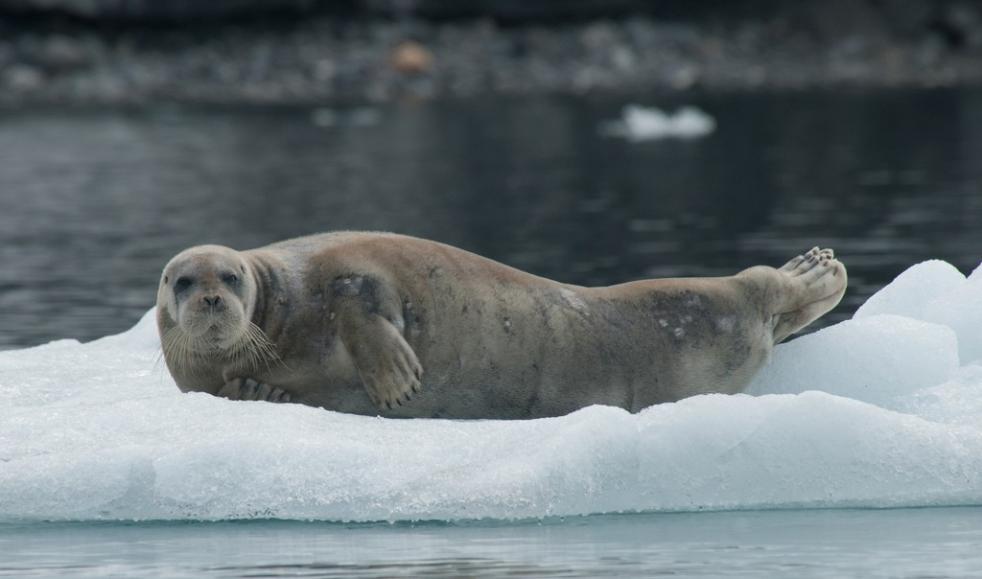