Weddell Sea - In search of the Emperor Penguin incl. helicopters

Searching for the Elusive Emperor Penguins 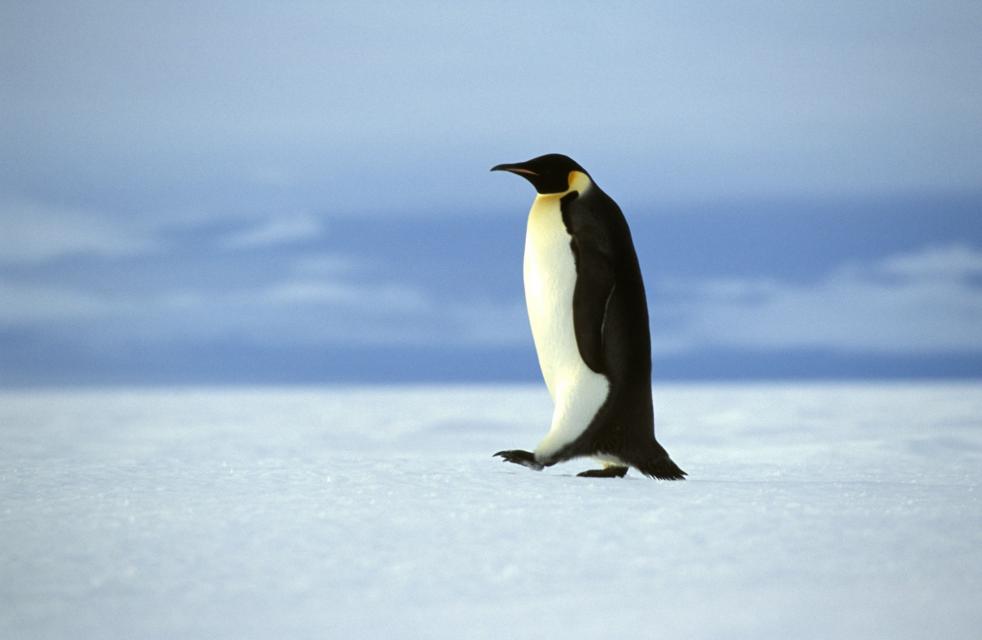 This is a voyage to the Weddell Sea with helicopters where we intend to find Emperor penguins. This trip has the magnitude of a real expedition in the heart of Antarctica.

PLEASE NOTE: All itineraries are for guidance only. Programs may vary depending on local ice, weather, and wildlife conditions. The on-board expedition leader will determine the final itinerary. Flexibility is paramount for expedition cruises. Average cruising speed of m/v Ortelius is 10.5 knots. If ice conditions are favorable and the route to Snow Hill Island is free of multi-year pack ice, you have the chance for ship-to-shore helicopter transfers to Snow Hill Island  roughly 45 minutes walking distance from the emperor penguin rookery. If successful, this is a once-in-a-lifetime experience. (Even so, remember that nature writes the final itinerary out here: Attempts to reach Snow Hill Island during the voyages of 2012  17 did not always succeed. In 2013 and November 2017 conditions were favorable to land by helicopter on Snow Hill Island and to visit the emperor penguin rookery.

Day 4 - 7: Enter the Antarctic
You may sail into the Weddell Sea via the Antarctic Sound. Here huge tabular icebergs herald your arrival to the eastern side of the Antarctic Peninsula. During this part of the cruise, the search is on for emperor penguins. Using both the vessel and helicopters, theres a good chance youll find them.

You might also enjoy scenic flights and  if conditions allow  helicopter landings in locations otherwise out of reach this time of year. Helicopter flights are a true trip changer, and may include:

Antarctic Sound  The western side of this area is only rarely seen from the air, though the landscape is truly worth the flight: Layered sandstones, lava flows, glaciers and icebergs and pack-ice extend as far as the eye can see. There are often individual emperor penguins and Adélie penguins on the ice floes, as well as kelp gulls, skuas, and various breeds of petrel. Jagged mountain peaks stab through the snow, and enormous walls of ice lie shattered on the slopes below.

Duse Bay  A soaring helicopter flight may deposit you on a rocky hillock close to an old refuge hut overlooking the bay. There is still a lot of snow and ice, but much of the walk on the Antarctic is over frost-shattered rock covered with lichen of all shapes and colors.

If conditions allow for deeper ventures into the Weddell Sea, Zodiac trips may include:

Devil Island  Home to a large colony of Adélie penguins, this island offers a magnificent view for hikers willing to foot it to the top of the hill. Melting ice sometimes forms a waterfall dropping from the cliffs close to Cape Well-met.

Gourdin Island  Chinstrap, gentoo, and Adélie penguins like this place, yet another option for your continuing Antarctic adventure.

Esperanza Base  This Argentine research station may be another landing site.

Day 8: Last Landing
In the morning, you sail to Deception Island for the last landing of the voyage  at Pendulum Cove or Whalers Bay. Conditions on the Drake Passage determine the exact time of departure.

Day 9 - 10: Familiar Seas, Familiar Friends
Your return voyage is far from lonely. While crossing the Drake, youre again greeted by the vast array of seabirds remembered from the passage south. But they seem a little more familiar to you now, and you to them.

Day 11: There and Back Again
Every adventure, no matter how grand, must eventually come to an end. Its now time to disembark in Ushuaia, but with memories that will accompany you wherever your next adventure lies.

Day 5 - 6: (Alternate program if the route to Snow Hill Island is free of multi-year pack ice  less than 50 % probability)
Helicopters provide a great advantage in reaching the emperor penguin colony, but nature rules the itinerary. If conditions are favorable, you spend the first two days at the penguin rookery. The helicopter operation takes a full day, and the flight duration approximately 15 minutes. Each helicopter can accommodate 4  6 passengers per flight. The landing site is carefully chosen, making sure the emperor penguins are not disturbed. Upon arrival, you can continue on foot. After a walk of about 45 minutes, you encounter the emperor penguins, one of the Antarctics prime wildlife attractions. Keep in mind that you are in the worlds most remote area: There are no guarantees. Conditions may change rapidly, which can have a profound impact on helicopter operations. Please understand and respect this. Safety is the greatest concern, and no compromises can be made.


Included in this voyage
-Voyage aboard the indicated vessel as indicated in the itinerary
-All meals throughout the voyage aboard the ship including snacks, coffee and tea.
-All shore excursions and activities throughout the voyage by Zodiac.
-Program of lectures by noted naturalists and leadership by experienced expedition staff.
-Free use of rubber boots and snowshoes.
-During voyages Weddell Sea voyages: ship-to-shore helicopter transfers (with no specific amount of helicopter time guaranteed)
-Luggage transfer from pick-up point to the vessel on the day of embarkation, in Ushuaia.
-Pre-scheduled group transfer from the vessel to the airport in Ushuaia (directly after disembarkation).
-All miscellaneous service taxes and port charges throughout the programme.
-Comprehensive pre-departure material. 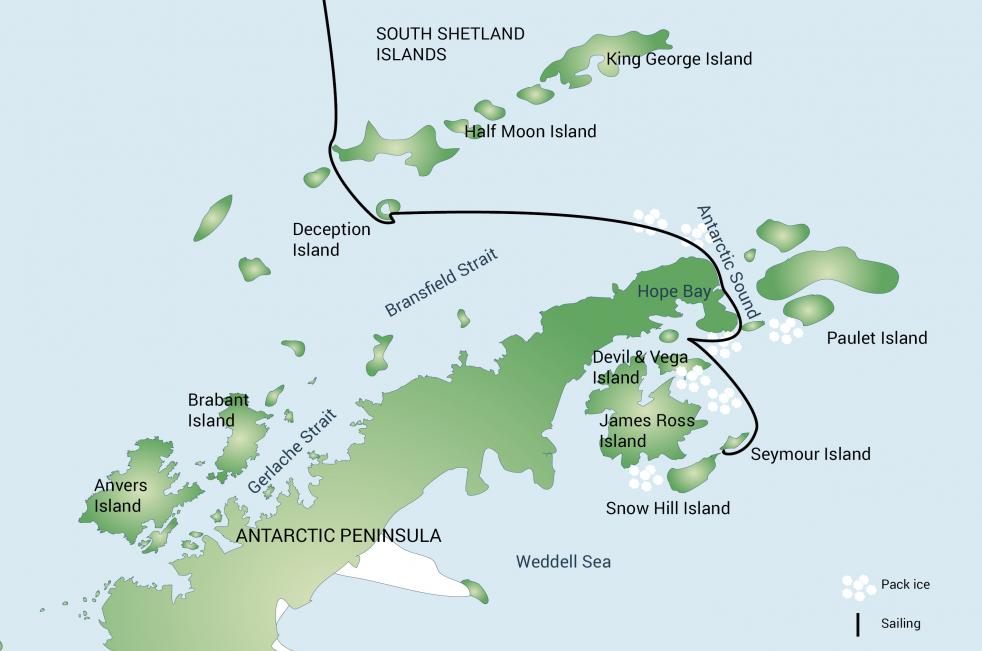 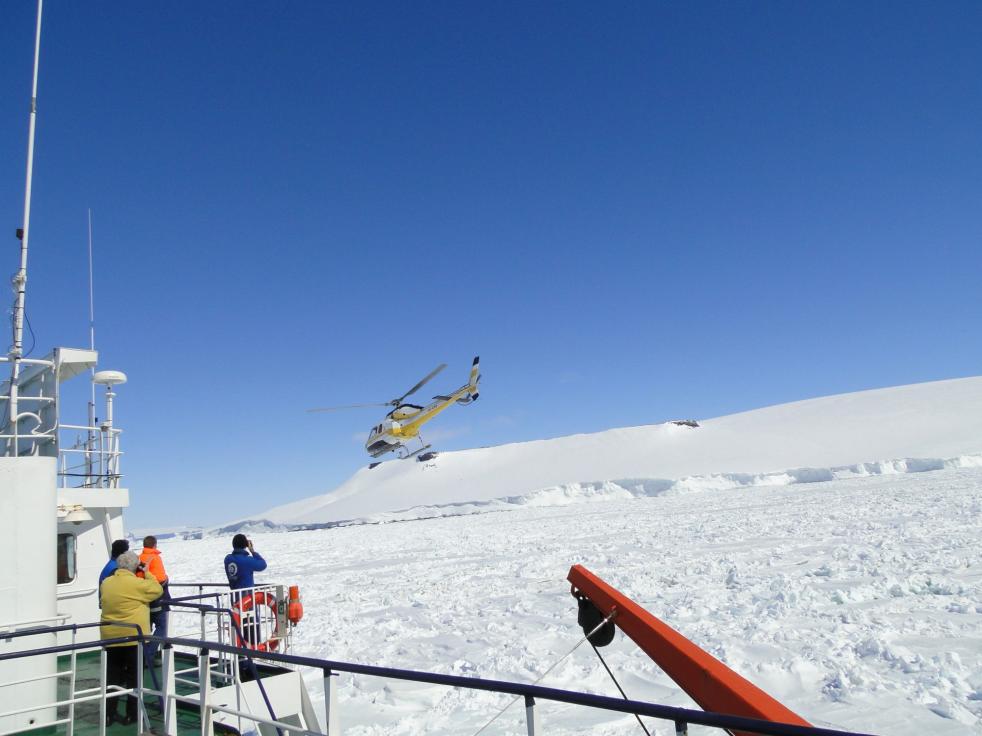 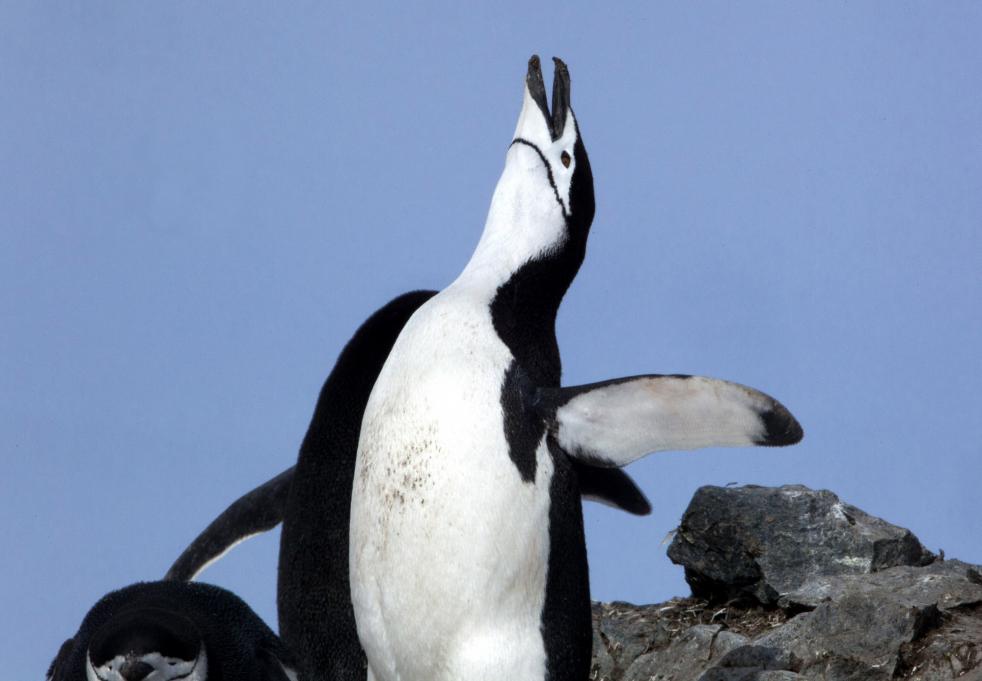 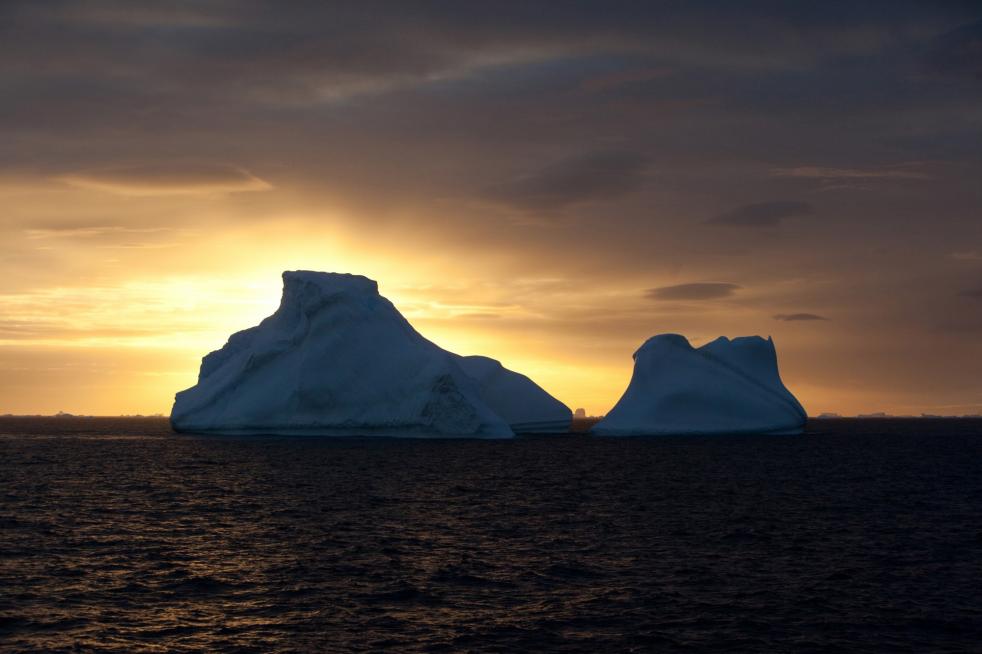