Expedition cruise to the Falkland/Malvinas Islands, South Georgia and the Antarctic Peninsula. 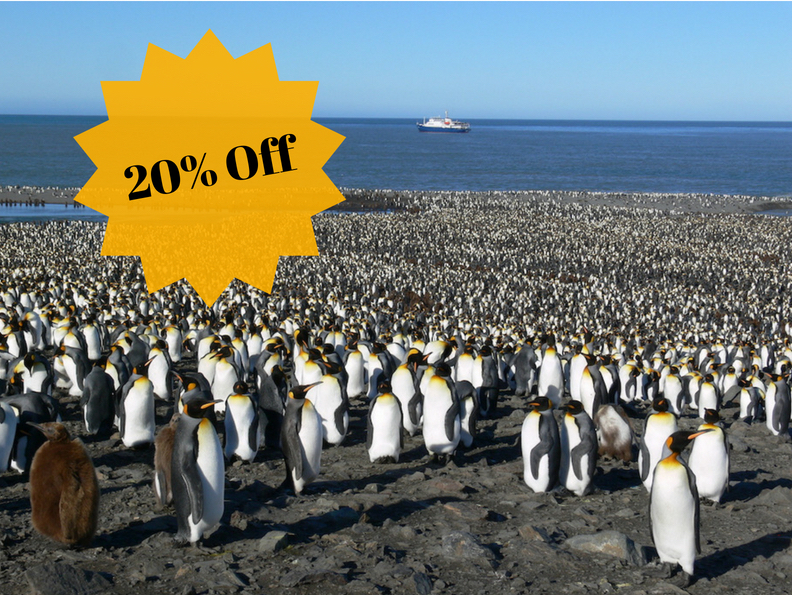 A cruise to the Falkland/Malvinas Islands, South Georgia Island and the Antarctic Peninsula. Visit one of the most extraordinary wildlife exhibitions on Earth. This trip will allow you to know at least 6 species of penguins and a large number of fur seals and elephant seals!

PLEASE NOTE: All itineraries are for guidance only. Programs may vary depending on local ice, weather, and wildlife conditions. The on-board expedition leader will determine the final itinerary. Flexibility is paramount for expedition cruises. The average cruising speed of m/v Hondius is 10.5 knots.

Day 1: Sandy Argentine beaches
You embark from Puerto Madryn in the afternoon, your prow aimed for the Falkland Islands. Golfo Nuevo is renowned for its visiting southern right whales, so you have a good chance of spotting one as you sail toward the open ocean.

Day 4: Finding the Falklands
The Falkland (Malvinas) Islands offer an abundance of wildlife that is easily approachable, though caution is always advised. These islands are largely unknown gems, the site of a 1982 war between the UK and Argentina. Not only do various species of bird live here, but chances are great youll see both Peales dolphins and Commersons dolphins in the surrounding waters.

Day 5: The seat of Falklands/Malvinas culture
The capital of the Falklands/Malvinas and center of its culture, Port Stanley (Puerto Argentino) has some Victorian-era charm: colorful houses, well-tended gardens, and English-style pubs are all to be found here. You can also see several century-old clipper ships nearby, silent witnesses to the hardships of 19th century sailors. The small but interesting museum is also worth a visit, covering the early days of settlement up to the Falklands War. Approximately 2,100 people live in Port Stanley. Feel free to wander at will, though be aware that admission fees to local attractions are not included in the voyage.

Day 6  7: Once more to the sea
En route to South Georgia, you now cross the Antarctic Convergence. The temperature cools considerably within the space of a few hours, and nutritious water rises to the surface of the sea due to colliding water columns. This phenomenon attracts a multitude of seabirds near the ship, including several species of albatross, shearwaters, petrels, prions, and skuas.

Day 8  11: South Georgia journey
Today you arrive at the first South Georgia activity site. Please keep in mind that weather conditions in this area can be challenging, largely dictating the program.

Prion Island  This location is closed during the early part of the wandering albatross breeding season (November 20  January 7). The previous summers wandering albatross chicks are almost ready to fledge, and adults are seeking out their old partners after a year and a half at sea.

Grytviken  In this abandoned whaling station, king penguins walk the streets and elephant seals lie around like they own the place  because they basically do. Here you might be able to see the South Georgia Museum as well as Shackletons grave.

Day 12: Southward bound
There may be sea ice on this route, and at the edge of the ice some south polar skuas and snow petrels could join the other seabirds trailing the vessel south.

Day 13: The scenic vistas of South Orkney
Depending on the conditions, you might visit Orcadas Base, an Argentine scientific station on Laurie Island in the South Orkney archipelago. The personnel here will happily show you their facility, where you can enjoy expansive views of the surrounding glaciers. If a visit isnt possible, you may instead land in Signy Islands Shingle Cove.

Day 15  18: Awe-inspiring Antarctica
If the ice conditions permit, you now sail into the Weddell Sea. Here colossal tabular icebergs herald your arrival to the eastern side of the Antarctic Peninsula. Paulet Island, with its large population of Adélie penguins, is a possible stop. You might also visit Brown Bluff, located in the ice-clogged Antarctic Sound, where you could get the chance to set foot on the Antarctic Continent itself.

If conditions arent favorable to enter the Weddell Sea from the east, the ship will set course for Elephant Island and head into the Bransfield Strait, between South Shetland Island and the Antarctic Peninsula. Here you can attempt to access the Antarctic Sound from the northwest.

The volcanic islands of the South Shetlands are windswept and often cloaked in mist, but they nonetheless offer many subtle pleasures. A wide variety of flora (mosses, lichens, flowering grasses) and fauna (gentoo penguins, chinstrap penguins, southern giant petrels) live here. Chinstrap penguins and Weddell seals often haul out onto the beach near Cámara Base, an Argentine scientific research station on Half Moon Island.

On Deception Island, the ship plunges through Neptunes Bellows and into the flooded caldera. Here you can find hot springs, an abandoned whaling station, and thousands of cape petrels. A number of kelp gulls, brown skuas, south polar skuas, and Antarctic terns can be spotted too. Wilsons storm petrels and black-bellied storm petrels also nest in the ruins of the whaling station in Whalers Bay. As an alternative, you can take part in activities near Telefon Bay, further inside the caldera.

This extended voyage gives you the chance to sail even farther down the icy coast of the western Antarctic Peninsula. In the Gerlache Strait are several opportunities for great landings where you might set foot on the Antarctic Continent, surrounded by an epic landscape of alpine peaks and mammoth glaciers calving at sea level. Gentoo penguins, leopard seals, Weddell seals, humpback whales, and minke whales are often seen here.

The breathtaking scenery continues in the southern Gerlache Strait, and if ice conditions allow, we may even reach Lemaire Channel. Conditions on the Drake Passage determine the exact time of departure.
Day 19  20: Familiar seas, familiar friends
Your return voyage is far from lonely. While crossing the Drake, youre again greeted by the vast array of seabirds remembered from the passage south. But they seem a little more familiar to you now, and you to them.

Day 21: Earths southernmost city
You arrive and disembark in Ushuaia, commonly held to be the worlds most southern city. It is located on the Tierra del Fuego archipelago, nicknamed the End of the World. But despite this stopping point, the wealth of memories youve made on your Antarctic expedition will travel with you wherever your next adventure lies.


Included in this voyage
-Voyage aboard the indicated vessel as indicated in the itinerary
-All meals throughout the voyage aboard the ship including snacks, coffee and tea.
-All shore excursions and activities throughout the voyage by Zodiac.
-Program of lectures by noted naturalists and leadership by experienced expedition staff.
-Free use of rubber boots and snowshoes.
-Pre-scheduled group transfer from the vessel to the airport in Ushuaia (directly after disembarkation).
-All miscellaneous service taxes and port charges throughout the programme.
-Comprehensive pre-departure material. 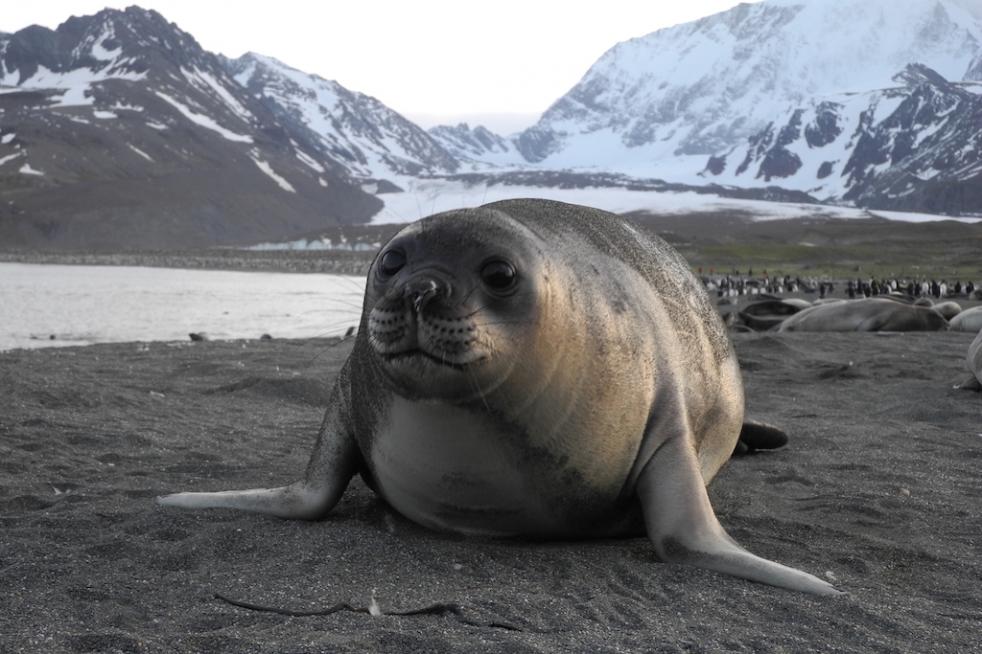 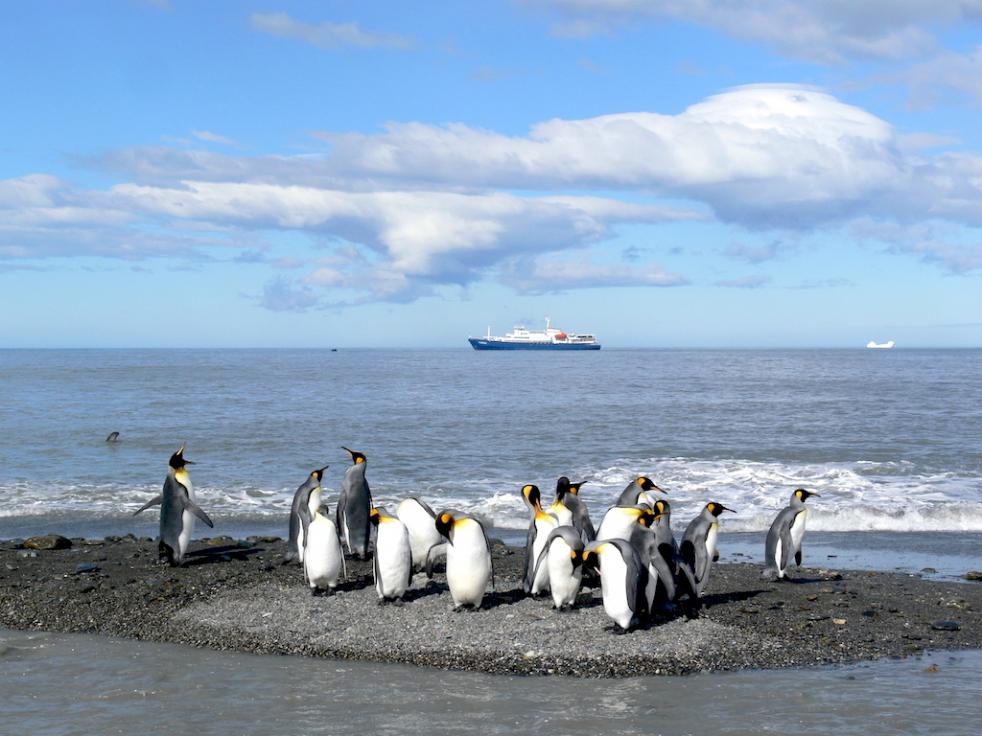 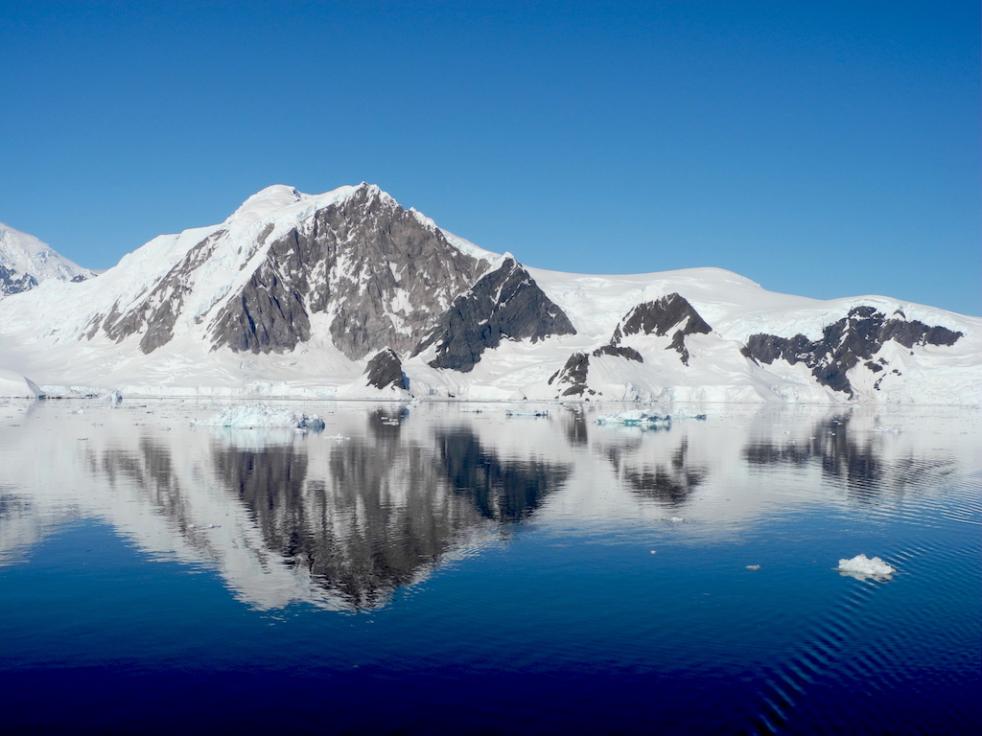